“Il Balzolo” has 3 rooms; REFORO and LINARO have two doubles, and the PESCHIOLI has one with the possibility of becoming triple or quadruple, all with private bathroom.

The LINARO room is suitable to accommodate people with mobility difficulties, with wheelchairs. These people can move around the house thanks to the presence of suitable stairlifts.

The larger PESCHIOLI room has a coffee corner, with two electric plates, to be used, if desired, for the preparation of breakfast in your own space. In addition to the double bed there is a sofa bed and a pouf, also convertible into a bed, together with a table with chairs, to make the unit even more autonomous. 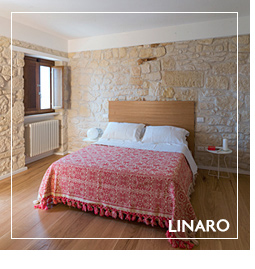 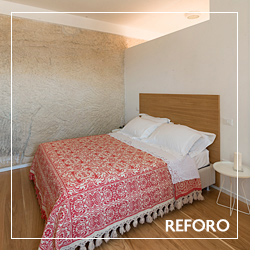 Room prices for night, including breakfast:

The names of the rooms, Peschioli, Linaro and Reforo, recall legends such as that of the goddess Maia and that of the soldiers of the Roman army sent to our valley, during one of the war campaigns against the local populations. The Peschioli refuge is located 1100m above sea level and can be easily reached from the Balzolo, following the G1 path (Pennapiedimonte-Rifugio Pomilio). It is located on the ridge which borders the valley of Tre Grotte to the north and allows you to have a panoramic view of the entire valley and the northern sector of the massif of Maiella, in particular the mountain of Ugni and the Murelle, on one side, and the coast, on the other.

The rock statue which dominates the Balzolo, which from a distance looks like a kneeling Madonna, recalls the legend of the goddess Maia, in prayer and in tears for the loss of her son Hermes, who died due to war wounds reported in Phrygia. They arrived in Abruzzo where they hoped to find the miraculous grass (the sideritis or mountain tea) which could cure him; the mountains were still covered with snow and Hermes died. Maia buried him on what is today the Gran Sasso, whose shape resembles that of a sleeping giant, while she took refuge on the mountain to which she then gave her name.

.
Linaro and Reforo recall the legendary poem written by Domenico Di Marco, which tells of their stories after having deserted the Roman army.
Linaro loses his life, falling into a cliff, in the place that bears his name and Reforo gave his name to the cave where the local shepherds welcomed him and hosted him, until he was able to leave for his native Sicily.